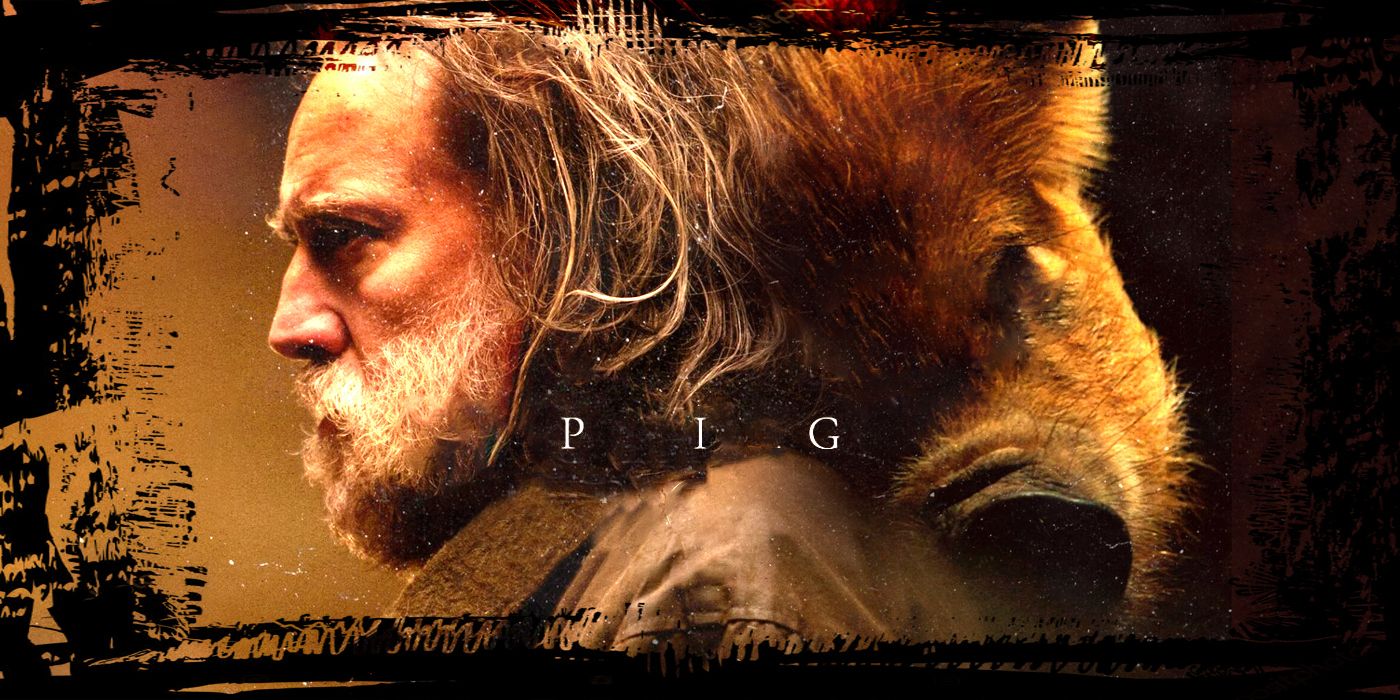 “Pig” is Nicolas Cage’s latest movie. A drama about an unempathetic former chef named Robin who lives in the forest of the Pacific Northwest with really no friends, phone, or shower, and who leaves his run-down log cabin for the upscale foodie sub – culture of downtown Portland, where he was once a superstar, after his prized truffle pig is stolen. He only has one goal: to find the missing animal. The film’s trailer shows Cage’s character, who is bearded, bloodied, and has long, bedraggled hair, saying, “Who has my pig?” with the actor’s trademark, almost demonic intensity. (Through the computer screen, you can almost smell Robin’s stench.) Could this film follow in the footsteps of so much of Cage’s previous work, going over the top and back again with a flurry of frenzied energy?

Sure, things can go that way, but they don’t. Cage reins in the desire to overdo things in this curiously affecting little picture — director Michael Sarnoski’s feature debut, based on a script he co-wrote with Vanessa Block — producing a heartbreaking performance of unanticipated depth and quiet beauty. It’s his best performance since the underappreciated “Joe” from 2014, and it serves as a reminder of the actor’s abilities.

Robin’s mission strips away the layers of a past including bitter loss and a relationship with the pig that goes beyond the animal’s abilities, much like an onion. Let’s call it love, like Robin does. A superb cast assists Sarnoski in portraying this story, which also includes other characters who have suffered loss. Amir, a truffle dealer who arrives in a yellow Camaro once a week to collect the treasure that Robin and his pig have found, is played by Alex Wolff, and Amir’s business adversary, Adam Arkin, is played by Adam Arkin, who has a relationship to Amir that is revealed late in the film.

There are some thriller elements in this story. Robin’s trail leads him to the seedier side of Portland’s bar scene, including a basement fight club where the character picks up the scent of his prey. However, the question of mystery story is never really the point.

Sarnoski and Block ply “Pig’s” stock in trade, which is a form of visual and narrative poetry, with the finesse and light touch of great chefs. The film’s three acts are titled after meals: “Rustic Mushroom Tart,” “Mom’s French Toast and Deconstructed Scallops,” and “A Bird, a Bottle, and a Salted Baguette,” leveraging the allusive power behind the idea of what it means to “feed” someone.

At the center of “Pig,” there’s a paradox that, rather than diminishing the plot, strengthens it. This has everything to do with Cage himself, who has always been at his best when he plays against rather than with the raging emotions that run through his character. The film’s concluding song, which plays over an almost beatific vision of Robin, is Bruce Springsteen’s “I’m on Fire,” performed by Cassandra Violet in a charmingly folksy, almost frail performance. It’s smoldering and delicate, like the central character in “Pig” — who, it turns out, isn’t a pig at all, even symbolically.